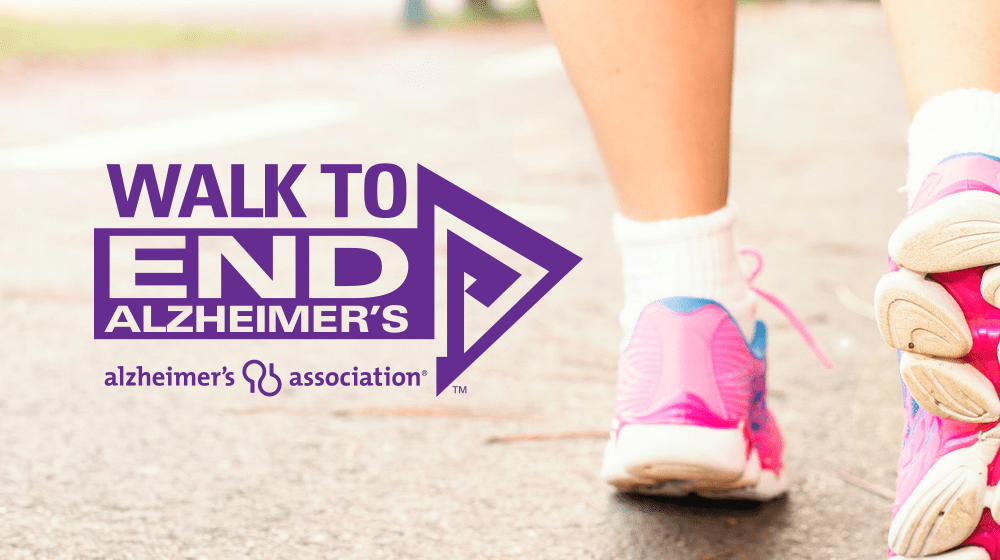 Alzheimer’s is a debilitating disease affecting more than six million people in the United States, killing more people than breast cancer and prostate cancer combined. The Alzheimer’s Association Walk to End Alzheimer’s® is on a mission to raise funds and awareness for a breakthrough in the fight against Alzheimer’s and all other forms of dementia. We are accepting monetary donations to benefit their important work at all of our branches through Thursday, September 30.

About Walk to End Alzheimer’s®

Held annually in more than 600 communities nationwide, the Alzheimer’s Association Walk to End Alzheimer’s® is the world’s largest fundraiser for Alzheimer’s care, support and research. This inspiring event calls on participants of all ages and abilities to join the fight against the disease.

Freedom Credit Union will have a team participating in a walk this fall, on September 26th at Holyoke Community College. All are welcome to join. All funds raised throughout our September Month of Giving campaign will go directly toward helping them achieve their mission. Thank you in advance for your support.

This website uses cookies to improve your experience while you navigate through the website. Out of these, the cookies that are categorized as necessary are stored on your browser as they are essential for the working of basic functionalities of the website. We also use third-party cookies that help us analyze and understand how you use this website. These cookies will be stored in your browser only with your consent. You also have the option to opt-out of these cookies. But opting out of some of these cookies may affect your browsing experience.
Necessary Always Enabled
Necessary cookies are absolutely essential for the website to function properly. This category only includes cookies that ensures basic functionalities and security features of the website. These cookies do not store any personal information.
Non-necessary
Any cookies that may not be particularly necessary for the website to function and is used specifically to collect user personal data via analytics, ads, other embedded contents are termed as non-necessary cookies. It is mandatory to procure user consent prior to running these cookies on your website.
SAVE & ACCEPT
Skip to content

Due to staffing shortages, our Ludlow branch will be open for drive up access only 11/22 – 11/24. We apologize for any inconvenience.